Florida PHCC Past President George Campbell and his wife, Merrie.. 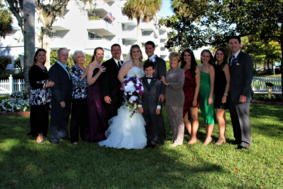 Plumbing by George, Inc. was established in 1998 by George Campbell and his wife Merrie.

George while a native of New Jersey has been in Florida since 1983.  He became a certified licensed plumber through the State of Florida in 1989.  This second generation plumber started working in his father's plumbing business (Campbell Plumbing, Inc.) before going out on his own.  As a plumber he has worked on small service jobs to large commercial jobs, expanding his experience to include many areas.  George is President of the Manatee County Chapter of PHCC (Plumbing, Heating and Cooling Contractors) and is a past President of the State of Florida's PHCC.  In 2016, George received the highest honor by receiving Florida PHCC's highest award, The In-Orbit Award.

Merrie is a several generations true Florida "cracker"  She received her Bachelor's degree from USF and has worked in the construction industry since 1985.